Polverigi and the land of castles

Getting to know the region Marche: Polverigi and the land of castles.

Between the valleys of the rivers Esino and Musone and upon the hills behind the city of Ancona, the borgo of Polverigi and the land of castles developed in the year 1000. Together with four municipalities (Agugliano, Camerata Picena, Offagna and Santa Maria Nuova) Polverigi is part of the so-called land of castles, taking the name from the beautiful fortifications that rise in this area, archtectural structures which offered shelter and safety to the powers of Ancona.

It used to be called Polverisium (i.e. “dust and sand”), instead of the tranquility that inspires today, it actually was a land of wars that is the reason why there is a medieval castle built in 1198. Because of its strategic position, among the most important cities of the region Marche, and only 20 km fram from the Adriatic Sea, Polverigi played an important role during battles and the still-existing fortress is the most important witness of its ancient history. In Polverigi there is also and important monastery, where the development of the whole municipality took place, after a period of crisis, and then found new life thanks to the French and the first Mayor Count Nappi by the end of the Eighteenth century. The Count Nappi bought the monastery and turned it into his own Summer house, and the building can still be visited and inhabited. During the Summer the town of Polverigi becomes particularly interesting and there are several occasions for festivals and celebrations, such as the Night of Witches!

The land of castles

The surrounding municipalities, which together with Polverigi are located in the area, named land of Castles, are also well worth a visit, especially if you looking for one of our castles for sale in the region Marche!
The area is extremely peaceful and quiet, you can relax enjoying excellent local food, the beautiful landscape or maybe you could get lost among the stone streets: this is Polverigi and the land of castles. A perfect match between history and nature, tradition and cultural heritage that is well worth visiting, until you fall in love with these places and you can’t get enough: we at Marche Country Homes will be at your disposal to support you in finding the perfect farmhouse for you.

Casa colonica to restore, immersed into the tasty land, not far from the town of Corinaldo 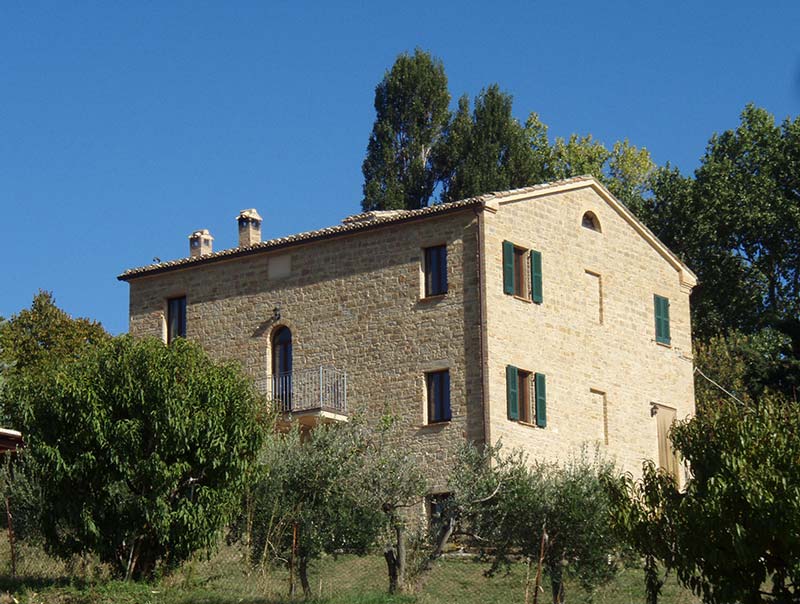 Ancient manor house over three floors with two outbuildings, totally restored according to modern building techniques, in the countryside of Cupramontana and Polverigi

The countryside between Osimo and Polverigi, overview from the Casale della Contesa, a country house with several outbuildings for cars, agricultural machinery, farm animals.

polverigi, The land of castles