Continuity in time and variety in space are the two main features that drive history of medieval borgo and its countryside: history includes industry and arts, music and poetry, agriculture, rural and civic economy, manuscripts miniatures, the expertise of architects, painters and medical doctors. 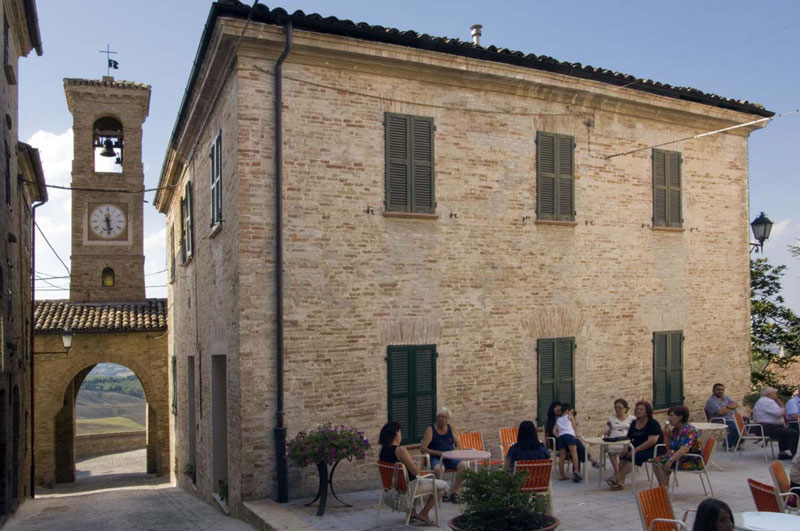 Paradise of Le Marche: Suggestive luxury apartment building in front of a stunning panorama over the countryside of Arcevia

Minor and major arts, professions that spread and develop in closed and concentric context, where also butchers and bakers meet, potters and cabinetmakers, all together create the concept of bourgeoisie or middle-class, nothing more than “inhabitants of the borgo”. They are historically in contrast to nobles and farmers, who usually used to live outside the city walls; the first used to be the inhabitants of castles and the latter in huts close to the fields, whose houses later would become Casa Colonica, built by the land owner, i.e. a feudatory noble that historically used to evaluate his own power by horses (army) and land.

In this game of constant and variable, what is more recognizable and turned into one of the highest examples for the whole world, is the polarity between city and countryside, that proposes again in a different situation the original contrast between natural and civic spaces, between rules of nature and rules of culture.

The development of medieval borgo or city becomes a lively tale about history, but also aspect and translation into stones of the people who live, maintain and transform.

Who are the people of the medieval borgo? It’s well known that the early outline of those fat people, of the arts, merchants and people of money, who slowly lead to the development of cities and “Contado” (i.e. the surrounding area controlled by the city), after the long period of barbaric invasions and feudalism and a new concept of urban life within the city walls where “Civitas”, i.e. civilization rises and develops. Among the castled walls of a borgo the city life took place, there was trading of products from the countryside and products produced in the city, it used to be usual in Roman and Etruscan societies, so in Italy feudalism never really took root.

The borgo gave impulse to the construction industry, new forms of building, houses connected to each other on more floors, using stones and later bricks, architectures that could stimulate enlightened minds towards new mathematics and building sciences, painters joined in schools, some of them were called “Bottega”, i.e. studio, where painters and architects could learn and refine their crafts. A medieval borgo could also rise where crusaders’ relics were transported, kept by monks who attracted pilgrims from the countryside and developed the village with new buildings and shops, or “Bottega”.

An example is Borgo San Sepolcro, where Piero della Francesca was born.
In this context the landscape of the countryside, the so-called rural landscape, remained outside the “Civitas” and far from the trading culture of goods and ideas, it remains the ideal place of nature, where time is suspended and delivered to the seasonality of the products of land. The rural building that later would become Casa Colonica is the monument for this timeless society, economy and people fixed on chronic and permanent rules (Kronos is titan of time for ancient Greeks and becomes Saturn Titan of Harvest for the Romans).

This is probably one of the reasons for interest and attraction: the ability to maintain millennial values that only technology in the past thirty years completely modified, technology that gave to Casa Colonica a second chance, to become a holiday house, where modern man can relax for a short period of time from the Civitas. 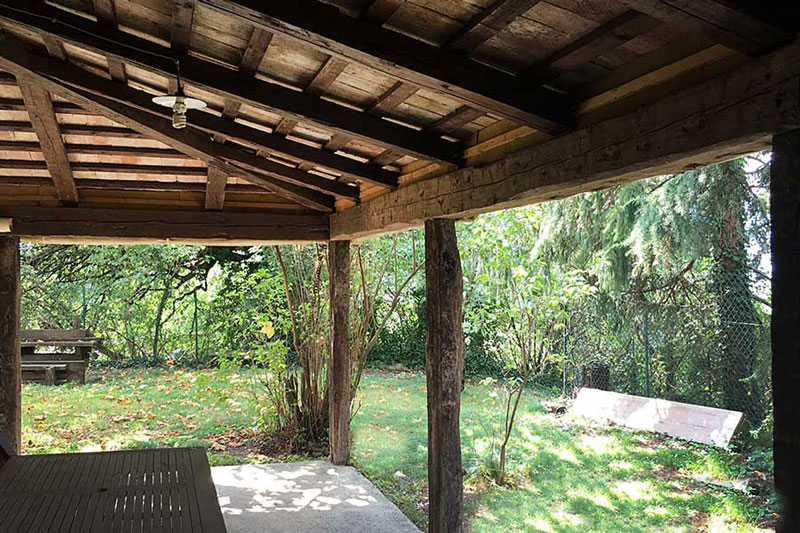 Countryhouse in a small village in the Municipality of Cingoli

The Casa Colonica remains unchanged in its symbolic place, where soul dwells, i.e. “Psychè” in Greek, that means also “shape / aspect”. Casa Colonica in the Region Le Marche has a unique and immeasurable rule: you can restore it or rebuild it only if you keep its original shape. Its soul is safe.
Can you tell the same about the medieval borgo? 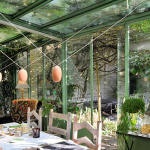 Fireplace in the region Marche